The Hague, 11 June 2019 – The geothermal community meets in The Hague for the European Geothermal Congress 2019, to celebrate European excellency and to call for tailored tools to drive further geothermal deployment.

More than 800 participants are joining the European Geothermal Congress this week. The event, organised by the European Geothermal Energy Council (EGEC), in cooperation with Stichting Platform Geothermie, BodemenergieNL, and the main event sponsor Energie Beheer Nederland B.V. (EBN), brings together stakeholders from the entire geothermal community for sessions covering science, innovation and markets, an exhibition, courses, and side events.

The Netherlands, a country that has made geothermal a corner stone of its energy transition, provides an excellent stage. The hosting city of The Hague, which aims to become carbon-neutral by 2040, has at least four geothermal heating plants planned to become operational in the city in the next five years.

Liesbeth van Tongeren, Deputy Mayor of The Hague, said: “The Hague is committed to make the transition to clean energy, together with our citizens and companies. That’s why we are very proud to be the host city of the European Geothermal Congress, where experts can learn from each other how to use this clean energy source more efficiently. Geothermal is a clean energy source. In the next couple of years, around 15 geothermal wells can be added in and around the city, providing up to 100 000 households with clean and sustainable heat.”

“We believe in geothermal energy and see it as a more than excellent alternatives to natural gas in the Netherlands,” said Jan Willem van Hoogstraten, CEO of the main sponsor EBN. “We believe that geothermal energy can help us to take big steps in the energy transition towards a sustainable energy system in the future.”

Many other local, national, and international political and industrial leaders also opened the event on Tuesday morning describing how Europe is leading the world in innovation and scientific excellence.

Miklos Antics, President of EGEC, welcomed participants at the Opening Ceremony: “Only when industry, policy makers, science and communities come together, we can develop the instruments for a more sustainable future.”

Among the high-level speakers, Sandor Gaastra, the Director-General of Climate and Energy at the Ministry of Economic Affairs and Climate Policy, presented the Dutch plan for the energy transition, stating that the adaptation of the policy framework is key to foster the transition to geothermal energy in an oil and gas country. Alexander Richter, President of the International Geothermal Association concluded the first session with a reminder of all the opportunities that geothermal can offer, not just for power and heat but for the benefit of businesses and communities.

Frank Schoof, Chairman Stichting Platform Geothermie, represented the Dutch partners that gave support to the event: “Both deep and shallow geothermal can benefit from the exchange of experiences and expertise, and we are pleased that this event is taking place in The Netherlands.” Theodor Kockelkoren, Inspector General of Mines at State Supervision of Mines, discussed how engaging communities is key for the success of geothermal, and how important it is to explain to everyone, from residents to local authorities, businesses and drinking water companies, the reasons why drilling operations are taking place.

Speeches from the industry concluded the opening. Eva Hoos, European Commission, presented the recast Renewable Energy Directive and the opportunities for geothermal. Andrea Magalini, Turboden, said “Turboden believes high temperature Large Heat Pumps associated with the geothermal resources are a renewable and efficient solution to provide carbon free heat to district heatings and industrial processes. Turboden, thanks to its 40 years experience in ORC systems, is well placed to be a leading supplier.” To conclude the morning, Peter de Vin, Operations Director of Huisman Geo said “We have very high ambition for geothermal in the Netherlands. Much more than we are currently achieving.”.

At European level, the geothermal sector has recently seen some important milestones. Total installed geothermal electricity capacity is now more than 3 GWe, doubling in little over six years, and as of last year more than 300 geothermal district heating systems are in operation in Europe, in comparison with 187 in 2010. Around 2 million geothermal heat pump units are also in operation.

These figures show that geothermal energy is increasingly used across Europe to meet energy needs in electricity production and in heating and cooling. Technological innovation allows for ever more diverse applications of geothermal energy, enabling new markets to tap into this renewable resource. Meanwhile, the uptake of mature geothermal technologies contributes to the decarbonisation of the European economy.

The deployment of geothermal energy however remains far below the resource potential in Europe. Following the adoption by the European Union of a new framework for its climate and energy policy to 2030, European countries should look to the best practices to harness this energy source which can provide baseload, flexible energy for electricity and heating and cooling.

The European Geothermal Congress takes place from 11-14th June 2019 at the World Forum, The Hague, in The Netherlands.

Contacts
Valentina Pinzuti, Head of Communication, EGEC
This email address is being protected from spambots. You need JavaScript enabled to view it. 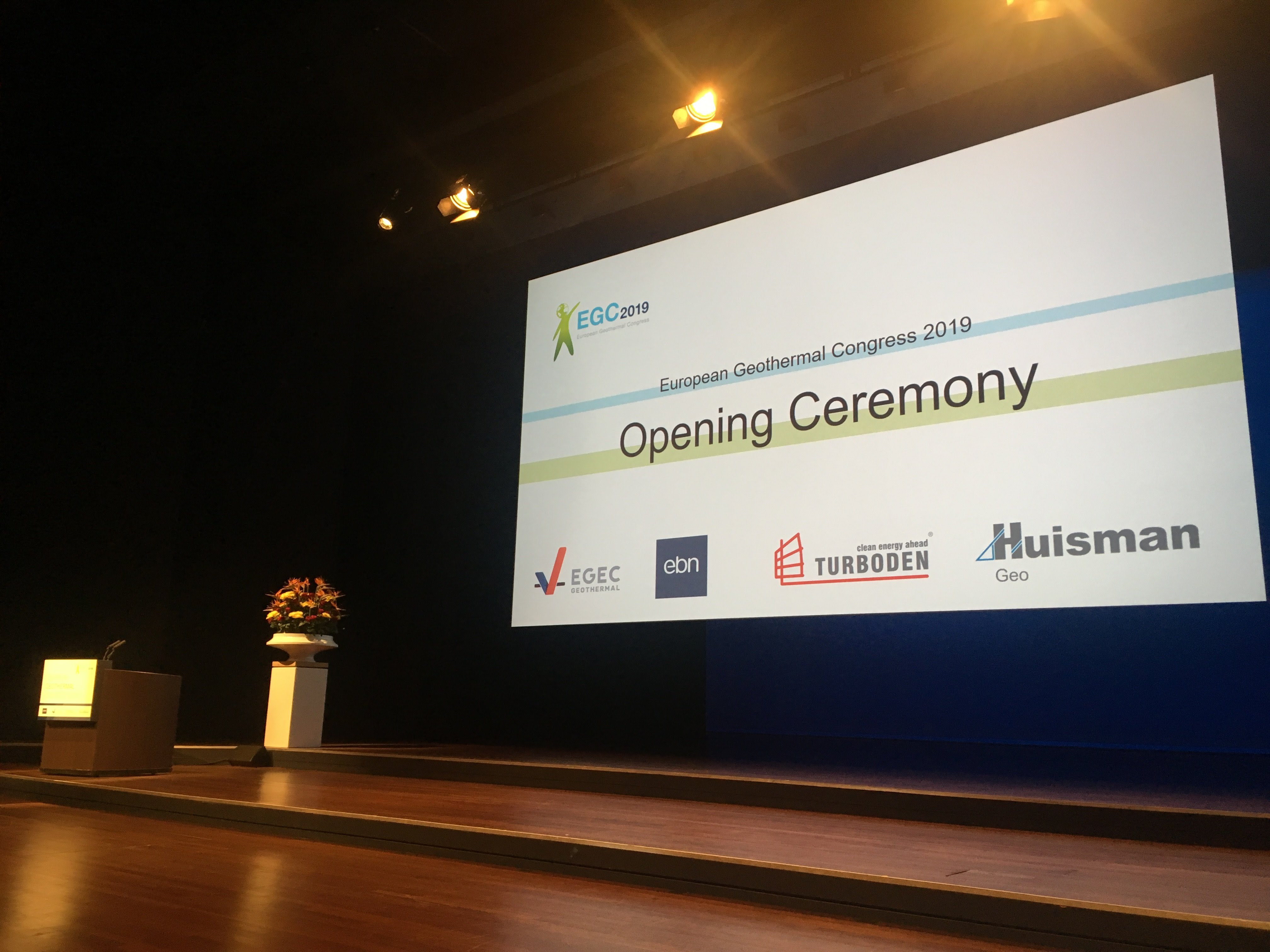